Exactly how sustainable are electric cars? 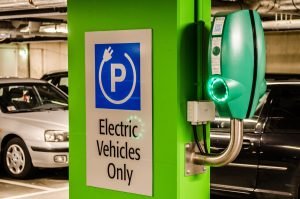 I think how sustainable are electric cars is a question that has been on the minds of many people for years. The first time I heard about electric cars was when they were nothing but a concept, and it seemed like every article or show had to mention how environmentally friendly they were.

Over the years, many articles have been coming out saying how difficult it can be to own an electric car because you may not live near a charging station and they require so much energy from the grid to charge them up. Another major hurdle for many people is the affordability of these cars, especially in developing nations. Hence, they stick to much more budget-friendly practices such as reusing their old items or preferring more eco-friendly versions of basic necessities like cleaners, shampoos, and even printer paper.

However, with recent government incentives and increased efficiency in recent years, electric cars seem to have come a long way. In this article, we will discuss both sides of the coin on how sustainable these vehicles really are, and help you decide whether they are the right thing for you.

What is an electric car?

Before we start, you need to know what electric cars are. Electric cars are built around an electric motor that runs off of electricity from a large battery pack.  They do not require gasoline and they emit no exhaust fumes! The electric car is meant to replace your gas-powered car as it is perceived to be much better for the environment.

Then around 1996, General Motors created their first mass-produced electric car called the EV1. This vehicle took 2 hours to charge up and could travel about 70 miles before needing more charge time so the electric car had a limited range.  Since then, the world of electric vehicles has transformed dramatically. Today, there are a plethora of electric cars in all shapes and sizes, which continue to increase in number every day.

Difference between a hybrid and an electric vehicle.

Many of the electric cars on the market today are not 100% electric, but rather they are hybrids. A hybrid takes its energy from two sources: 1) electricity from a battery pack (which usually is recharged by regenerative braking) and 2) gasoline from a tank. On the other hand, an electric car gets its fuel directly from electricity through its own rechargeable battery source, which can be charged via both regenerative braking and a power outlet.

Advantages of an electric car

One of the best aspects of electric cars is that they produce no exhaust fumes. This is due to electric cars running off of electric motors that take in no combustible fuel like petrol.  So an electric car will never pump exhaust into the air, unlike a gas-powered car.  This is why electric cars are so popular in urban areas where pollution is literally off the charts.

Since electric vehicles do not use oil, their source of power is purely from electricity generated by the electric grid or renewable resources such as solar panels or wind turbines. Therefore, electric vehicles actually help reduce the demand for fossil fuels. Lower demand means lesser extraction, which means the preservation of a non-renewable mineral and lesser toxic gases, thereby contributing to a healthier planet.

Furthermore, electric cars also tend to cost less in maintenance over time compared to regular cars. The electric car has no need for oil changes, air filters, transmission service, or even spark plugs (which electric vehicles do not use). If you take care of your electric car, thousands of dollars can be saved over its lifetime compared to a gas-powered car!

There are many electric cars available on the market today and because they have a limited range, most electric cars are built to be efficient for city commuters. For example, Teslas tend to be large sedans with lots of room while still being able to get over 400 miles per charge in some cases.

No matter where you are in the world, electric cars are and will remain accepted as road-legal (especially in the EU, where certain cars are banned due to high emissions of CO2).  It makes them extremely convenient for driving around on long road trips across different countries or even during relocation to another country.

These advantages are just a glimpse at the sustainability of electric vehicles. However, to determine how sustainable are electric cars, we also need to look at their disadvantages.

Disadvantages of having an electric car 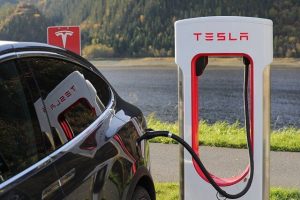 Although electric cars date back decades, the industry is still in its infancy and electric cars are not yet cost-effective to manufacture, thus their prices have been prohibitive for a great number of consumers.

Besides, electric cars need to be charged from electric outlets which are not as widely available as gasoline stations, and if you charge your electric car at home, you would probably need to give it several hours to fully charge. Even at high-powered charging outlets, electric cars have a low recharging time compared to gas-powered cars (which can take up to 60 minutes at times).

It requires a large amount of electricity to power electric vehicles and most electric cars need to recharge after about 150 miles driven on average.  A Tesla, for example, can take about 6-8 hours to fully charge at home and although it has a high range, and the next electric car on the market will be able to do so in roughly half that time. If you think buying an electric car was expensive, wait till you see your home’s electric bill!

Even electric cars with the best charging times require massive amounts of electricity to run at full capacity – this means that electric cars’ carbon emissions depend heavily on how clean their power source is (i.e., wind farms or coal plants).

Since electric cars have a limited range (on average) compared to gas-powered vehicles, you would need to be closer to urban areas where electric grids generate most of their electricity from renewable resources such as wind farms, solar panels, hydroelectric dams, otherwise using coal-powered electricity for charging your electric vehicle is no better than using a car that uses petrol as fuel.

So, how sustainable are electric cars?

After seeing the pros and cons above, you would probably be questioning the overall sustainability of electric cars. However, there is light at the end of the tunnel for the disadvantages listed above.

As electric cars are becoming more and more popular, they will be much cheaper to manufacture. As electric cars become increasingly prevalent in the next 5-10 years, electric grids will expand and new electric-charging stations will emerge within cities across the globe which means electric cars would have much greater recharging access than today.

Moreover, electric cars can run on renewable resources such as wind farms or solar panels so buying an electric car does not mean you’re supporting fossil fuels unless the charging station runs on a coal-powered grid. Even then, the increasing popularity of renewable energy sources promises that in the future these coal-powered grids will be completely replaced by renewable sources in the coming years.

Therefore, electric vehicles promise to be a very sustainable decision in the long term for both the environment and our wallets!

Electric cars seem to be the “in thing” right now in many countries all around the world. Their convenience, low emissions of CO2, and the smoothness of electric motors over a gas engine have made electric cars extremely popular. Although electric cars come with disadvantages such as high prices to purchase; limited range; varying recharge times, electric cars promise to be an extremely sustainable option for the long run because they require no fuel that will deplete Earth’s resources, which would make electric vehicles highly beneficial towards building a green future.

A Beginners Guide to Installing a Living Roof

Please log in again. The login page will open in a new tab. After logging in you can close it and return to this page.